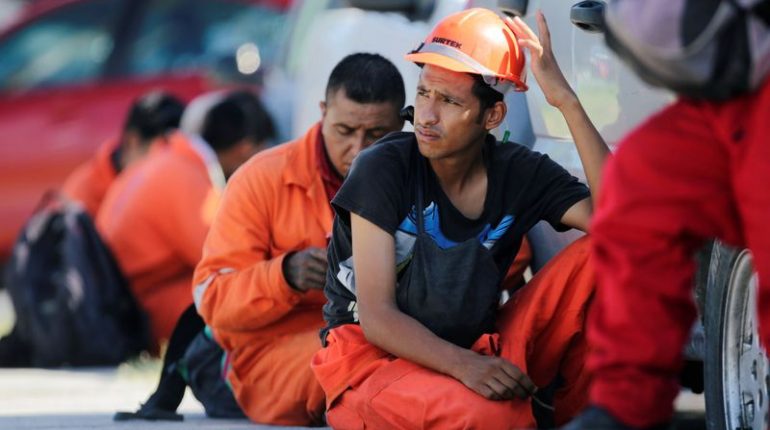 investing.com – Like a river of green, U.S. dollars are flooding commodity markets, lifting prices of almost everything from oil to copper, soybeans and even hog futures.

Since the start of February, price screens of NYMEX, COMEX and CBOT – the exchanges for energy, metals and agriculture, respectively – have been flashing green in unison almost every day, like pinball machines on a winning streak.

While each market is driven by its own fundamentals, the one common thing buoying them all, like the proverbial tide that lifts all boats, is the flow of cheap, easy funds looking for sexy returns.

With U.S. rate hikes looking doomed for now, the Federal Reserve is printing more money than ever to stimulate recovery from the Covid-19. To top that, President Joe Biden has a new $1.9 trillion coronavirus relief plan seeking Congressional approval, after the $4 trillion or more issued last year by the Trump administration.

Guaranteed returns in U.S. Treasury bills have pushed yields higher since November, and saved the dollar from a free fall, making fixed income and the greenback something to eye perhaps.

But with alpha, or absolute return, being the typical target of investors, the lure of fast and dynamic profit are in two things now.

One is equities, with the Dow, S&P 500 and Nasdaq making record highs almost every other day.

The other is commodities. The Refinitive Core Commodities Index – which tracks 19 raw materials markets in all and goes by with the TR/CC CRB Excess Return symbol on Investing.com – is up 28% since the beginning of November.

This has led to talk again of an emerging commodities supercycle. The last such supercycle started in 1996, peaked in 2008, and bottomed in 2020, after crude prices turned negative.

With oil on the breakout again, it isn’t surprising that such talk is resurfacing. But more than that, the current river of liquidity is likely to make the supercycle a self-fulfilling prophecy.

The chief beneficiary of the cheap money flowing into commodities has been oil. U.S. crude prices have risen in 13 of the 15 weeks since the end of October. In the just ended week, they rose about 5%, after 9% the week prior. All in, they have gained 60% over the last three months.

Oil’s marathon rally was sparked and sustained by a combination of factors. It began with the November breakthrough in vaccines for the Covid-19, followed by OPEC leader Saudi Arabia’s announcement of deeper production cuts in January; commodity-index linked buying of oil, sizable weekly drops in U.S. crude stockpiles and hopes for economic stimulus from the Biden administration.

Some say the run-up will continue.

“This has been a story of OPEC cuts balancing the market and the sense of a new oil supercycle as an investment is being shut down due to a global green energy push,” said Phil Flynn, analyst at Chicago’s Price Futures Group.

Others think the demand proponent of oil has been overwhelmed by the money in commodities chasing returns.

“I think the markets are vulnerable to a pullback,” said Scott Shelton, crude analyst for ICAP (LON:NXGN) in Durham, North Carolina.

When a correction comes, “I think (the) flat price can drop $5,” Shelton said, referring to spot prices for U.S. West Texas Intermediate and U.K. Brent crude.

The ICAP analyst admits there aren’t enough bearish factors to generate a compelling fundamental narrative for lower prices. “But I am not sure that matters,” he added. “To me, it’s all about timing. It’s about money flow.”

Oil demand outlooks from some global forecasting agencies have been less rosy of late.

On Thursday, OPEC trimmed its 2021 global demand forecast to 5.79 million barrels per day from 5.9 million bpd.

The Paris-based International Energy Agency, which serves as watchdog for Western energy consumers, said though Covid-19 vaccines were expected to aid recovery of oil demand, current supply was still more than demand across the world.

The U.S. Energy Information Administration, meanwhile, says it expects global oil prices are expected to decline April onwards, with Brent, the international indicator for crude oil, seen averaging $56 per barrel in the first quarter and $52 over the remaining three quarters.

The Washington-based EIA said production of U.S. crude was expected to rise June onwards due to the price projections for WTI staying elevated at near or higher than $50 per barrel.

While U.S drilling for oil has slowed since 20209 due to economic fallout from the COVID-19, production will likely increase in the second half of 2021 and in 2022 as output from new wells exceed the declines from legacy wells, the EIA said.

Some industry executives have expressed caution as well over the rally.

Mike Muller, the Asian head for Vitol, the world’s largest independent oil trader, said the oil market was “getting ahead of itself in terms of a post-vaccine euphoria.”

Torbjorn Tornqvist, chief executive at Gunvor, another large independent oil trader, feared that crude prices sustained at beyond $60 a barrel might trigger an avalanche of shuttered supply that would ultimately suppress the market.

Analysts also expressed concerns that while U.S. crude stockpiles had fallen sharply over the past four weeks, adding to the oil rally, much of that has turned up as gasoline inventories that now had to find consumers.

Others cited the constant breach of the Relative Strength Index metric in WTI over the past month, an indicator that the market was overbought.

Oil bulls counter all this with their own narrative.

They say the Moving Average Convergence Divergence, or MACD, in oil is a better indicator now, as the steady rally of the past three months has really strengthened oil as a buy.

The point to the EIA’s projection that the United States will return to being a net petroleum importer this year and next compared to its next exporter status in 2020, just before the Covid-19. Net oil imports were expected to average 230,000 bpd in 2021 and 550,000 bpd in 2022, the EIA said.

Also working in oil’s favor was the market’s backwardation, where the spot contracts in WTI and Brent were trading at substantial premium to their subsequent and nearby months. Such a market structure incentivizes crude to be refined promptly instead of being stored for later use — a situation that typically weakens oil prices.

Whatever the case, when the money flow into commodities slows, oil will likely take a blow. When that happens is anyone’s guess.

On the gold front, the yellow metal remained the weaker link of the fund recipients in commodities.

Gold did notch a weekly gain after two weeks in the red. But two straight negative sessions before the end of the week also clouded the near-term outlook for the yellow metal.

Gold has struggled to put in a meaningful recovery since tumbling to 10-week lows beneath $1,785 an ounce last week. It was one of the few that really didn’t get much of a pop from this week’s cheap-money driven commodities rally.

Coinciding with gold’s daily drop since Thursday was the rebound in the Dollar Index that appeared to blunt its rival’s advance.

The dollar found some support after having dipped beneath 90.3 on Wednesday. A break above 91 could be seriously detrimental to gold again.

Disclaimer: Barani Krishnan uses a range of views outside his own to bring diversity to his analysis of any market. He does not own or hold a position in the commodities or securities he writes about.