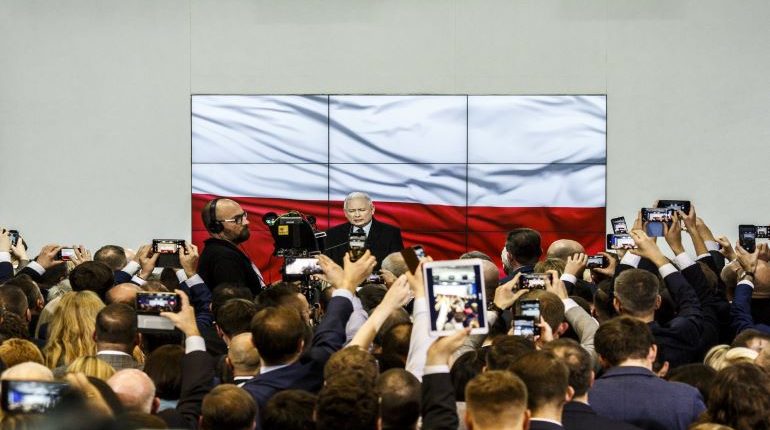 Poland’s parliament passed a law early on Saturday allowing postal voting for senior citizens and those in quarantine or self-isolating as the government looks to press ahead with May presidential elections which opposition parties want postponed.

Poland is due to hold the first round of its presidential election on May 10, with incumbent Andrzej Duda, an ally of the ruling nationalist Law and Justice (PiS) party, expected to win.

Opposition parties have called for the vote to be postponed due to the coronavirus.

“PiS at all costs is preparing for the election on May 10. It’s 2 a.m. …they want to change the electoral code,” Borys Budka, leader of the largest opposition party Civic Platform (PO) tweeted.

PiS lawmakers said the change to the electoral code, an unexpected last-minute addition to a package of measures designed to shield the economy from the effects of the coronavirus, would help the election go ahead safely.

“After several weeks of attacks that the election will endanger senior citizens and that those in quarantine will not be able to vote… of course, the opposition is vehemently attacking the amendment,” tweeted PiS lawmaker Marcin Horala.

Lawmakers voted online for the first time ever to pass the “anti-crisis shield” package after watching speakers in a largely empty chamber by video-link.

Members of different parties were put into separate rooms in the parliament complex to vote on the package, which is worth over 200 billion zlotys ($49 billion), while others voted from home.

Opposition lawmakers complained of problems logging in to the online voting system.

“Our anti-crisis shield is a good instrument for this stage of coronavirus development… We must act quickly, we must act as soon as possible, we want to make these instruments work in the coming days,” Prime Minister Mateusz Morawiecki said on Friday.

The package comprises a mix of spending and liquidity measures designed to protect workers and companies from the effects of a crisis that economists fear could cost tens of millions of jobs around the globe.

Poland has already introduced sweeping measures to limit the spread of the virus, closing schools, banning outside gatherings of more than two people, excluding families, and imposing a lockdown to prevent people leaving home except for essential purposes.