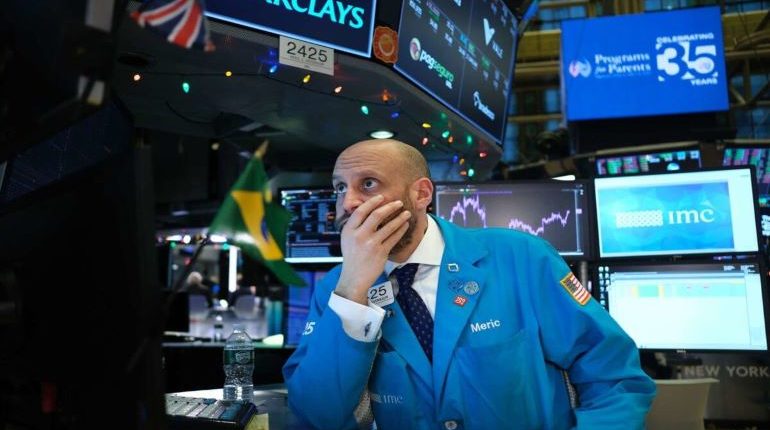 Moves in stock sectors that ordinarily take months and years to play out are happening in days as investors struggle to establish prices in the age of the coronavirus. Beneath the turbulent surface of major benchmarks, individual industries are moving with bone-shaking speed.

Take a look at this chart of the biggest S&P 500 groups since the index hit its low point three days ago. Going by one admittedly hackneyed definition, it shows energy producers, industrial companies and banks have pulled out of the bear market they entered earlier this month.

Of course, take the starting point back a little ways, to the February top, and the same three groups fall straight to the bottom.

It’s not just certain sectors. The Dow Jones Industrial Average is up 20% since its March 23 low, after an 11% surge on Tuesday, the biggest in nine decades, and a 7.2% run in the next two days. The gauge’s biggest constituent, Boeing (NYSE:BA) Co, has jumped 91% this week.

Industrials, energy and financial companies were the three worst performers in the S&P 500 between Feb. 20 and last week. That’s prompted investors to rush in to take advantage of discount valuations as a combination of fiscal and monetary stimulus fuel aggressive risk-taking.

It doesn’t mean we’re out of the woods yet, but it seems that days of an unprecedented sell-off such as the one from earlier this month are behind us. To Chris Harvey, Well Fargo Securities’ head of equity strategy, the S&P 500’s close on Monday at 2,237 marked the market bottom. It can be retested if politicians keep on dickering about an unprecedented stimulus package, he said.

The S&P 500 is up 12% since Friday, on track for its best week since 1974, after the Federal Reserve unveiled an unprecedented monetary stimulus and the White House and Senate struck a deal on fiscal aid.

This seems to be “a delayed reaction to the Fed and Treasury backstopping a whole range of assets and the benefits from the $2 trillion package,” said Ilya Feygin, senior strategist at WallachBeth Capital. “On the other hand, this is a tough entry point to go out and buy” after assets “have already rallied so much.”

These types of rallies are not uncommon in periods of extreme volatility. During the height of the financial crisis, in October 2008, the S&P posted two single-digit gains of more than 10% in a matter of two weeks. To Miller Tabak’s Matt Maley, the current price action means that the stock market’s recent lows could be retested in the short run.

“These three groups are washed out, there’s no one else to sell, but it doesn’t mean new sellers aren’t coming in,” Maley said. “It’s an unprecedented jump after a historic slump. Animal spirits are running high.”